I would like to officially call for nominations to be considered by myself as District Director, Programme Quality Director Neil and Club Growth Director Sharon for Toastmasters to be considered to receive a “District 112 Citation”

All nominations are to be emailed directly to me please:

Whilst the District ‘Toastmaster of the Year” award recognises achievement in the previous Toastmasters year (only), there is a need to recognise members who make an ongoing contribution to Toastmasters in New Zealand over several years. Some become familiar faces at District level, but some work away in the background at Area or Division level.

The District 112 Citations are presented to deserving members of our organization each year to acknowledge outstanding Toastmasters who have made contributions to their Club/s Division and District as well as the organization, usually over several years. Contributions in D72 before the reformation are included.

The number of District 112 Citations to be awarded each year are determined by the current trio (DD, PQD, CGD) having cognisance of this being a prestigious award to be sparingly given.

Past recipients of this award are ineligible. 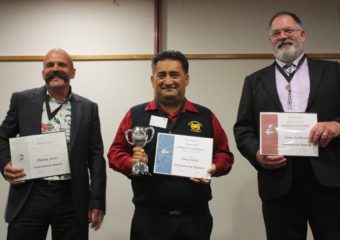 I am excited to advise that Toastmasters International President,...
Read More